Well here's the next update. It's pretty much done now, just a few minor details to work out. Such as what details and gubbins to put on.

I have always hated the side's of the Chimera's and variants, so instead I just made some panels to look like the side of a Chimera and glued them in place.

Here you can see where I have started adding rivets.. (Glorious IG and their Rivets). Oh, and also the heavy bolter in the front.

Shot of the interior with rear door, and main gun. 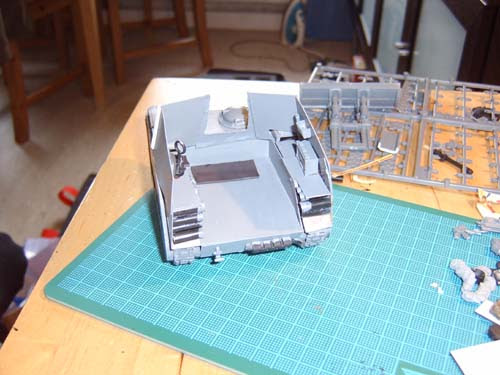 A shot from the rear with a few extra details added, Radio mounted on the left with magnets, and shelves on the right along with a crewman's las rifle. In my head I imagine the black tubes the storage location for the shells. Large magnet on the floor is for the main gun, this way it can be removed for transport. 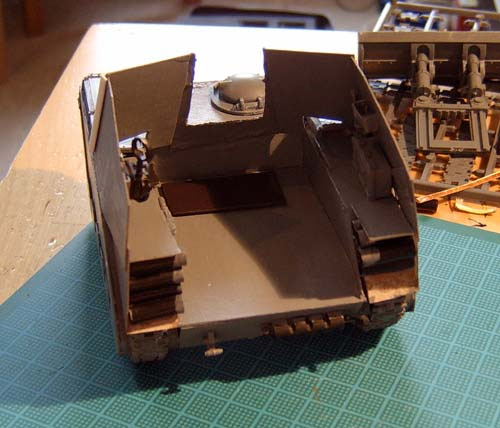 New shot from the front side. Painted a grey and plastistrut added to some of the seems. 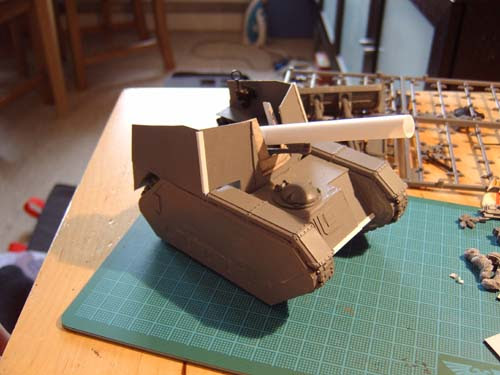 New shot of the main gun. I realized after looking at more pictures that the Wesp's main gun wasn't fixed but on a small turret of sorts. So I removed the old fixed gun and added what should look like a turret.

Well after spending an hour in the local hobby store drooling I decided I needed a Bassy for my IG army. The thing is though after seeing a 1/35 scale model of the WW2 Wespe I knew that's what I wanted mine to look like. So I got home and started looking for pics on line and away I went. Below is my progress so far. 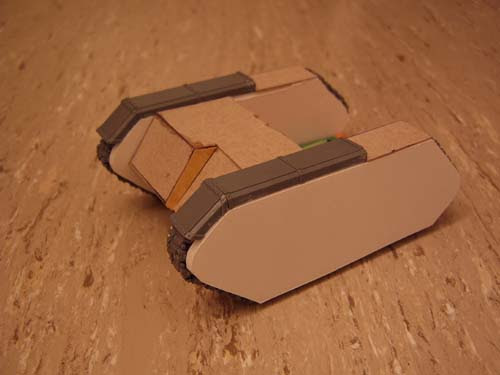 Here's the body, not much to look at really. 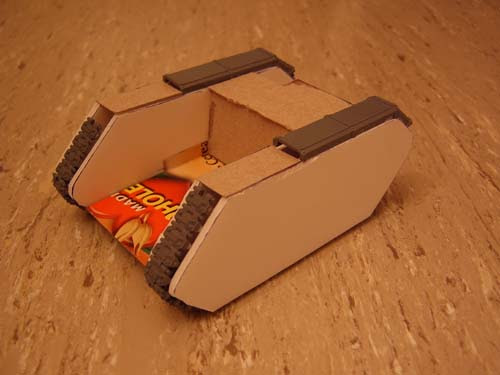 Rear view of the main hull. Again not very exciting, The thing is though is that I don't do interiors very often so it's easy just to close it up and not worry about it. 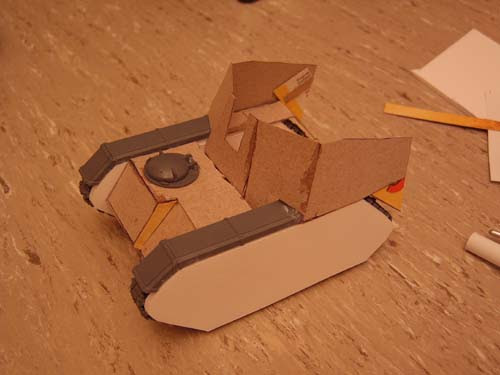 Now we're getting somewhere. Here's a shot of the walls. 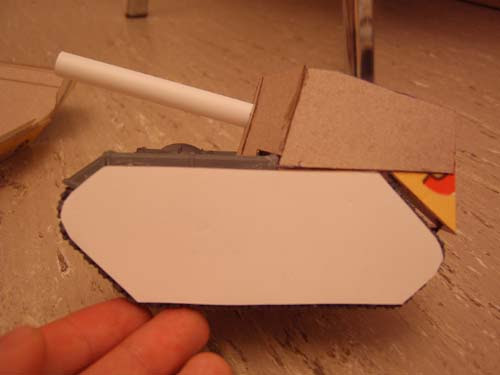 Interior shot of cannon. I'm still looking for good pics of the real thing so this is going to change over time. It's all just resting in there now anyways so it can easily be removed.
Posted by Marshal Argos at 1:00 PM No comments:

Shown below are photos of my scratch build Malcador, they are a bit old (last year) but I needed something to get the new site started so here it is. With the start of Apoc I decided that I wanted something different for my army. It seems that everyone is doing the BB thing, so I decided to go with the Malcador. I really want the Macharius, but... This is the first "scratch Built" I've ever done for the ground up. If your interested in the WIP pics scroll to the end and have a look see. 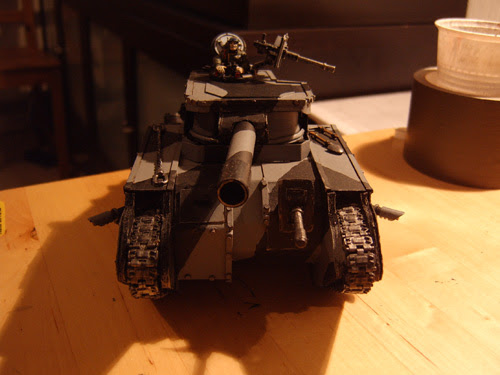 Front 3/4 view. I did mine up with the Battle Cannon, sponson Lascannons, and hull mounted autocannon. 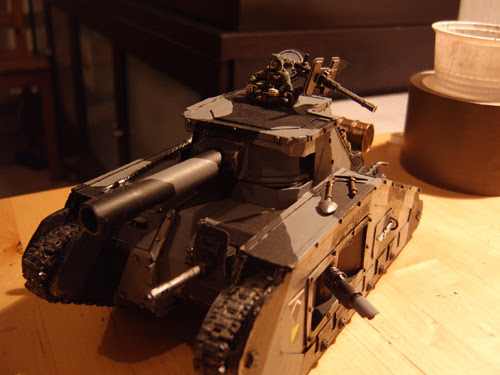 Front View. Exactly what the enemies of Emperor see before their deaths. 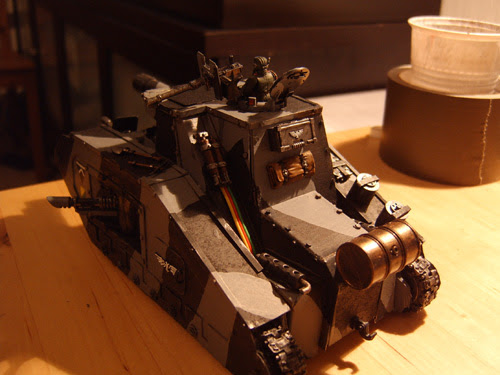 Rear 3/4 view. Since this picture I have added the Engine vents and a few minor details on the rear track guard.

Back when it was still paper and poster board. Actually it's cereal box cardboard.

Tracks have been added, along with track guards on the top. In addition I started working on the base for the Battle Cannon turret.

Here you can see that the turret has been added. I have also added some of the side detail, the start of the sponsons and the rear engine covers. Using some plasticard I trimmed off the edges of the track guards as well.

Email ThisBlogThis!Share to TwitterShare to FacebookShare to Pinterest
Labels: Malcador

Defenders of the Front Line!

Home of the Imperial Guard 313th Fantoma Drop Troop Regiment. More to come in the next few days as information is uploaded to the Ministorum Cogitators.
Posted by Marshal Argos at 8:11 PM No comments: