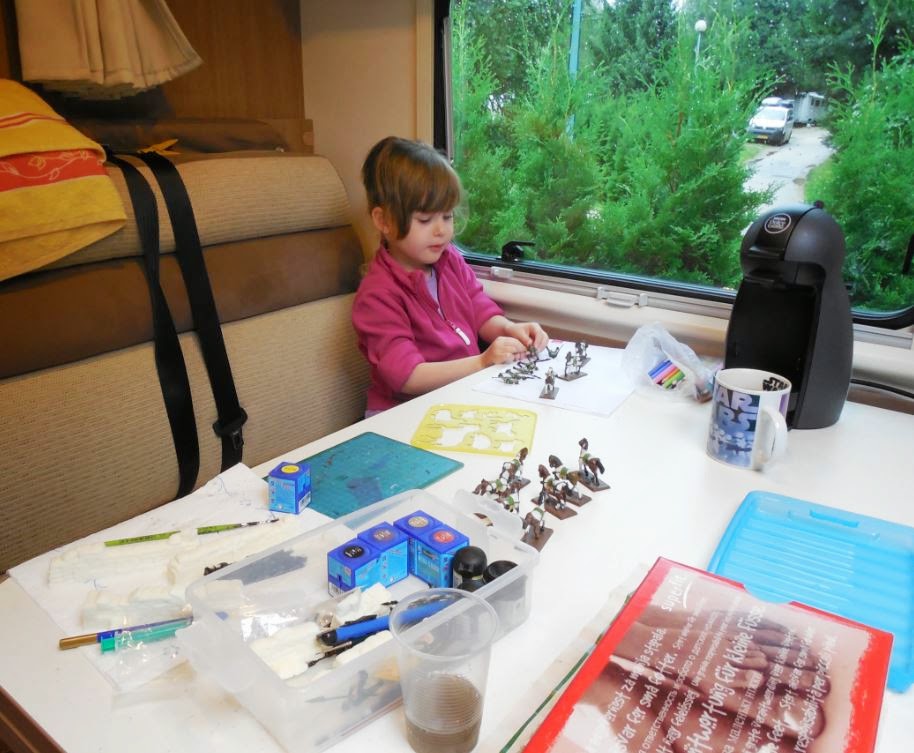 Summer vacation was spent along coastline of the Adriatic Sea, and thankfully we had 2 days of bad weather so I was able to get a bit of painting done. Above you can see the 19th Mynvody getting a bit of attention.  I've added a few bits for Curious Constructs to give them a bit a more detail.  Additionally I started and finished the following, models (also ordered of Curios Constructs) 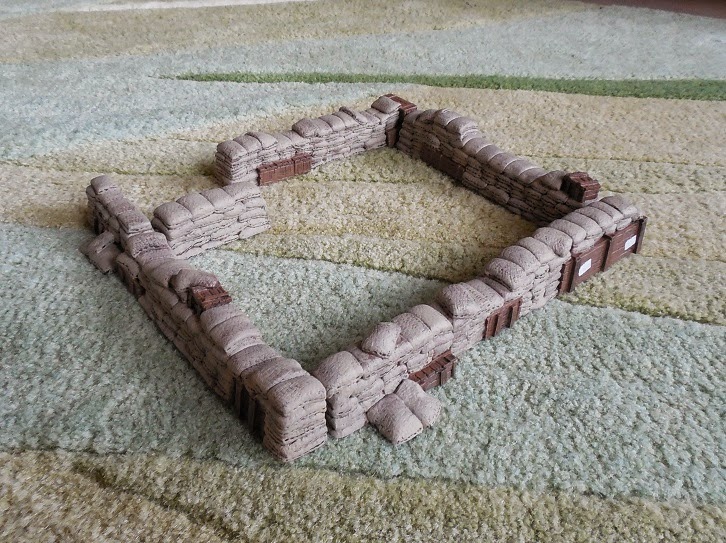 Didn't get any decent WIP photos, but there's really not much to see.  Black, Dark Brown, and  dry brushed with desert brown.

And here's an action shot troopers from the 7th Scansin getting into position.

Posted by Marshal Argos at 5:00 PM No comments: 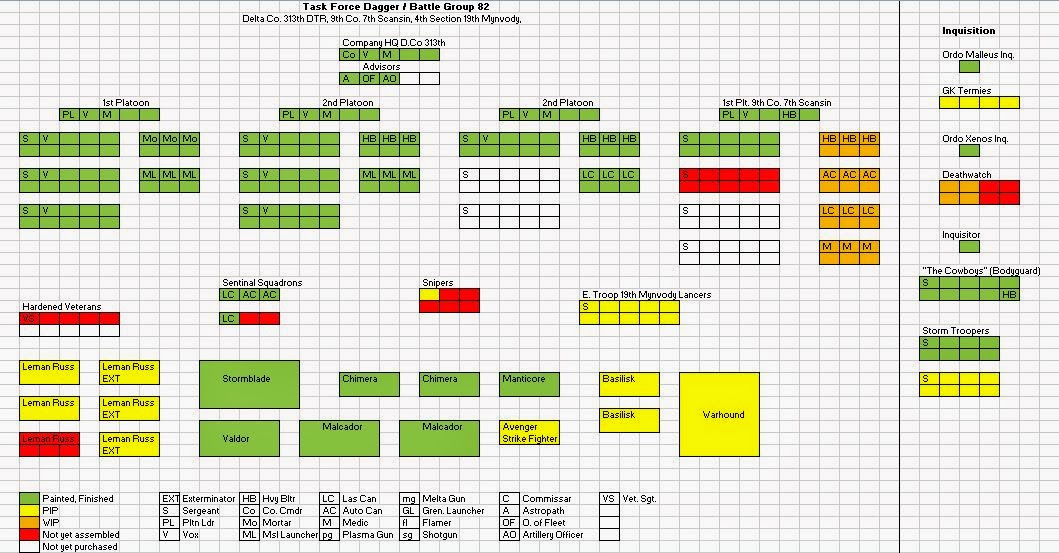 Well seeing that we're 9 months in, I suppose I should a little update.  (Zzzzz's post over at Devos IV) reminded me that this post was in my Drafts, along with a "Final Report" for December.  So for those of you who missed it, here's the original post 2014-hobby-resolutions.   Below is my self evaluated mid-term report.

1. Blog Regularly.
Up until August I would have said yes.  But a couple of projects at work just ran wild and I ended up doing quite a bit of work from home.  Of course the spare time that I had after that was spent with family, and summer vacation.  Here's to last quarter and hopefully a few more posts.

2. Game Regularly.
Naja, can't say that I've done much here.  I've only just picked up the rules for 7th, and prior to that I was able to get in 2 games of 6th this year.  It's more than last year, but still not what I was hoping for.

3. Finish the following Models:
Ha, more time for painting...  Up till now I've had quite a bit of time, just never together.  I was painting at all the odd times of the day and week, wherever I could squeeze in 30minutes or so. The last few weeks though I haven't touched a thing.

- 19th Mynvody
-  I did manage a bit over summer vacation. (more on that in an upcoming post)

- BG 82:
- Arial Support - I've actually done a bit of work here, as can be seen by the posts.
Avenger Strike Fighter
- Warhound  - Haven't touched her.

4. Use the Painting Chart to track my painting progress.
With the little bit of painting I've done, this was pretty easy to keep up on.

5. Finish and post up my collected Fluff and Background information
If you follow my blog, you've seen my ToE Series. So I would say I'm doing pretty good here.  There's still quite a few more posts that need to go up in the series, covering everything from the Battle Group itself, the theater of operations, and of course a Merchant Trader who supports them along way.