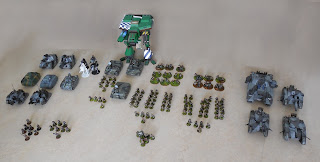 The following Officer is appointed to Marshal for the duration of the campaign, subject to the confirmation of the Imperial Munitoreum.  You are hereby given command of the following Regiments and separate units  for the duration of the Campaign.  Additionally you are hereby ordered to make all hast to the Avenweddon theater where will be joined by further Guard and Space Marine forces in the defense of Avenweddon.  A detailed Intelligence briefing has also been provided.


You are required to report in all haste to your deployment zone, if any assigned forces are not yet ready, they will be sent along as reinforcements when and as such a time permits.

Furthermore, you shall be provided such services and material as required to perform your duty for a period of 1 year.  These orders also entitle Task Force Dagger to further reserves and replacements assuming losses incurred do not exceed 50% in one month. 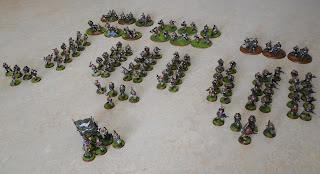 Oh what have I gotten myself into... 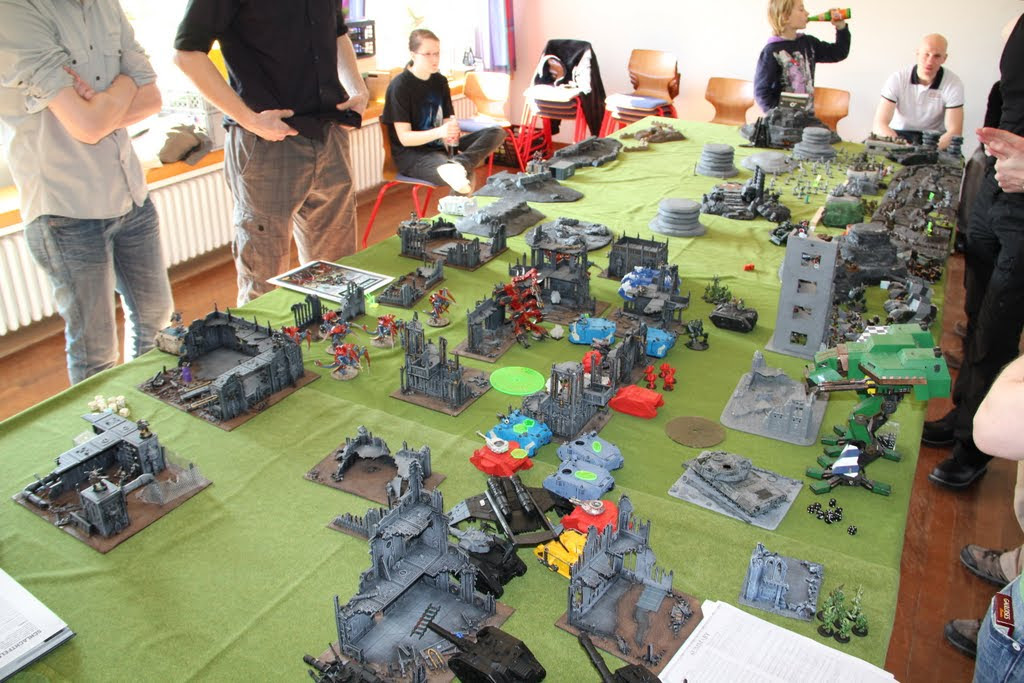 (Isn't that Warhound a looker!)

So I have yet to play a game in 6th, and to get me back into the game I have decided to get in on a game of 40k Apoc in 2 weeks at the local club.  This will be 3rd time that they've done this and the 2nd one that I've joined in on.  I really need to get rolling if I am going to get my Army ready in time.  It's not that I have to finish my army, but more that I have to get the army list done, and also get the entire army put back together..

Here's a another shot from the 1st Apoc game at the local club, and no I am not in any of the photos. 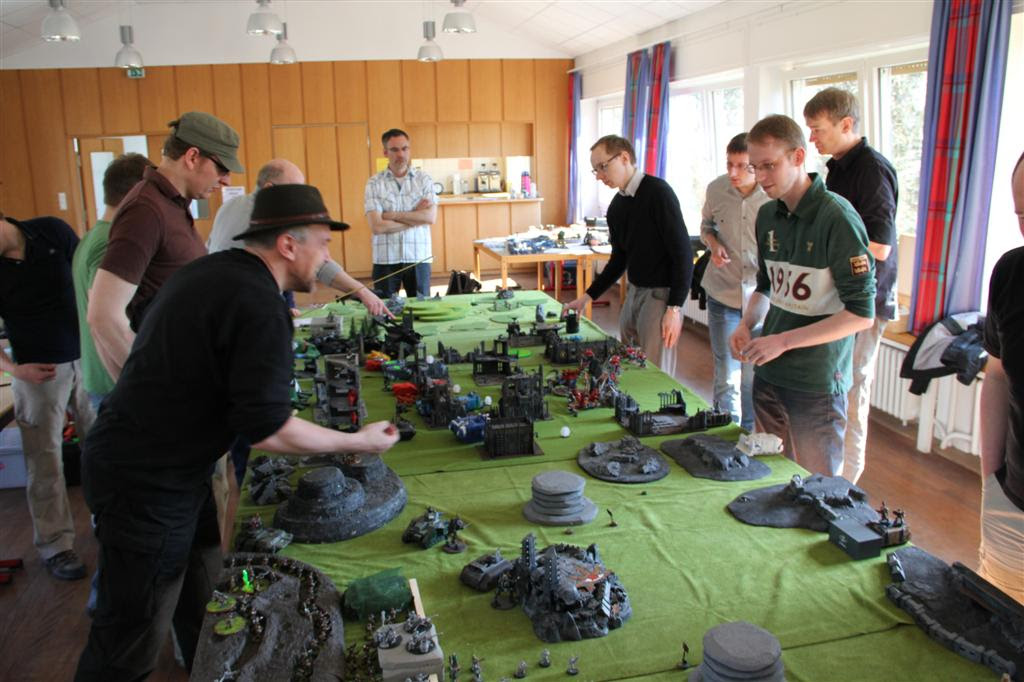 Posted by Marshal Argos at 9:10 PM No comments: