Well I don't normally gloat but this one I have to share. I have been looking for a cheap copy of the Sabbat Worlds Crusade book from Black Library for about... 2 years now. I have seen many and most have gone for well over $80 about 50 more than I was willing to pay. About 3 weeks ago my searching turned to foreign language websites, you see I'm from the states but have lived in Germany for the last 5.5 years, so I thought who knows maybe I'll find someone who doesn't know what they have. Well guess what!! That's exactly what I found. Some game and comic book store in Spain was selling the book for 5 Eur so about $7 with shipping it came out to being $10, almost 20 bucks cheaper than what I was willing to pay. 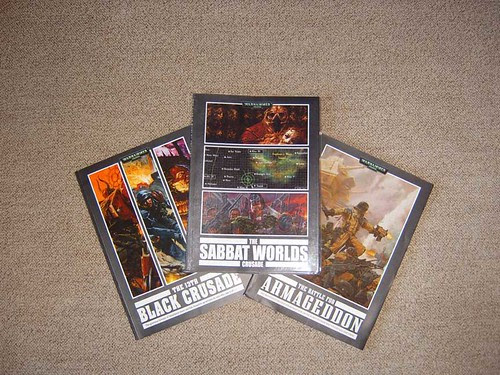 Now I'll admit I was only about 50% sure I would actually get the book, what with all the crap you here about people gitting ripped off on the 'net now'a'days but for $10 meh who cares. The other part of the problem is that I don't know Spanish so online translators did more of the work for me and we all know how crappy those are. Anyways, not to drag this out anymore it came today! Now I was expecting an used book but what I got was a brand spanking new un-used in shrink wrap. As I took it out you could still smell the newiness.... hmmmmm... good. You can see above that I finally have all three BL background books, and for some reason my feels a little more, shall we say... complete.
Posted by Marshal Argos at 8:55 PM No comments:

Well with the wife home sick this week I haven't been able to get as much done, she keeps coming with "Important" things to do instead of playing with little toys.. sheeesh.. whadaya think this is da real world or something. Well I threw a little paint on the second bassie last night, and picked up another box of IG at the local GW so I'll be finishing up 3rd Plt here real soon. Look out for picks as I get started. 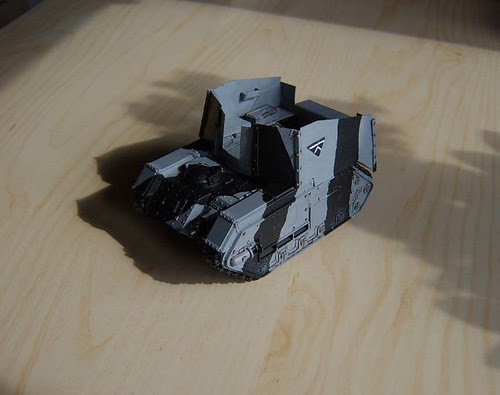 Not much to see here really, first couple of layers are in there and I started the detailing. At this point I'll finish the interior and any major parts next. The final detailing/weathering will come at the end using Tamiya's Weathering Master kits (I love these things). Someday, if I ever start doing more than 1-2 tanks per year and find a new job, I might invest in a spray gun but most likely not this year. 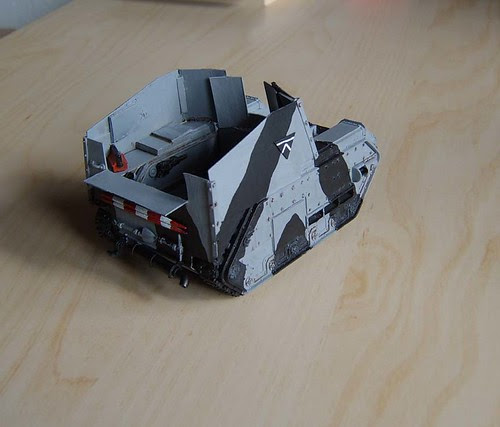 Inside shot, can't see a lot but yes that's a Red Emperorsman Toolbox sitting there on the ledge. 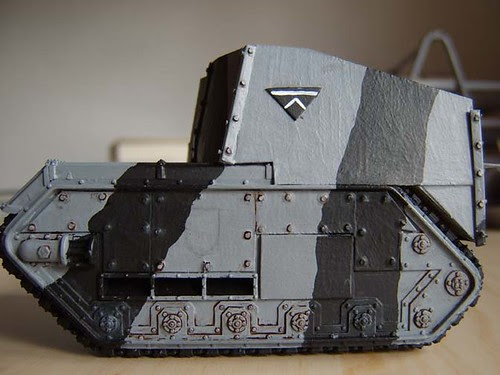 A horrible shot showing the details so far. The edges between the colors needs to be cleaned up yet, I know. Other than that I'll leave it like this until it's time to do the weathering, we'll see how it comes out.

Posted by Marshal Argos at 10:52 AM No comments:

Well after short vacation in Rome and a week where I just couldn't bring myself to do any modeling I finally picked up the knife and brush. Below you can see the results. I really didn't do all that much, the biggest change of course is the grey paint, it tends to make the model look better than just cardboard. Believe it or not I've actually had people complain about my models when they see it's out of cardboard, but then praise the work when it's been painted grey... hmmm... anyways.. 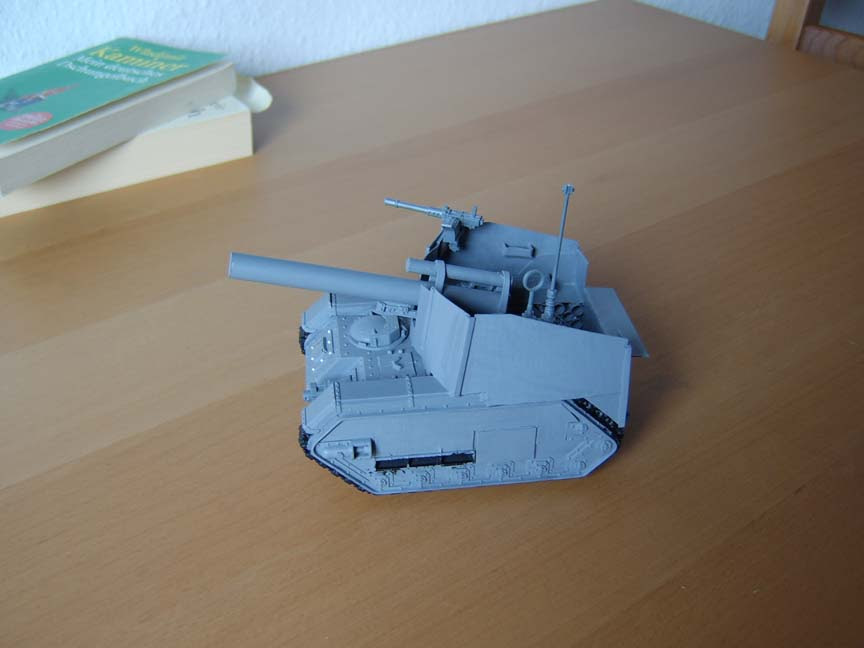 I also re-did the the crew armor on the front corners. If you compare this shot with the original WIP you'll notice that it's now sloped to the rear instead of being being vertical. There was just something that was bothering me everytime I looked at it and suddenly a flash went off and noticed it. 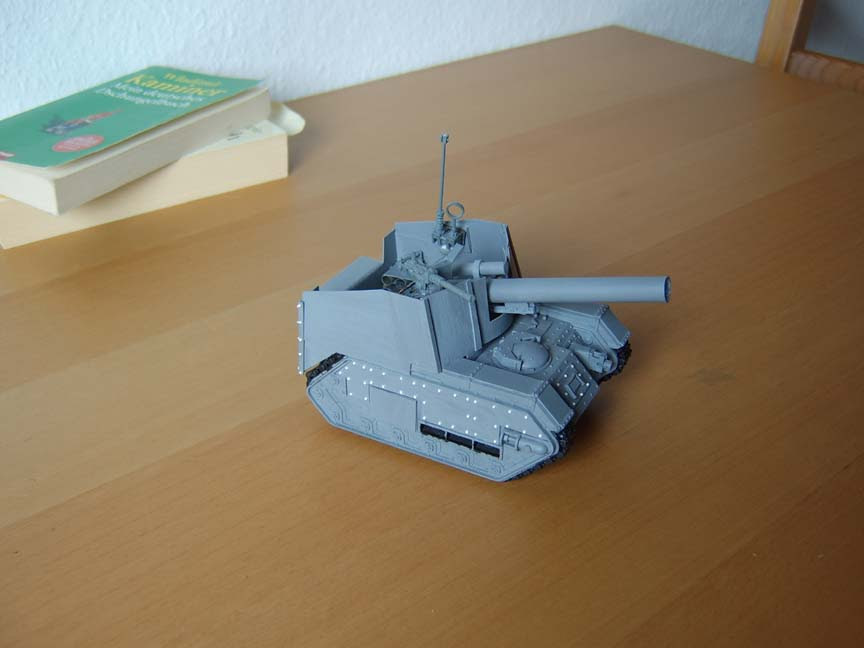 Well the here's the rivets, ran out of plastcard this morning doing this side so had to buy some. The rest is now done as well I just didn't want to take new pics to show a couple of rivets. I also did the side armor which is to say I cut ot the same shapes that the armor normally is and put it there instead. I really hate the way the side of a Chimera sticks out like that, and although the new Chimera side appear to be smaller they still bother me, so they just get plates instead. Oh, and side access doors have been misplaced so they got temperory covers until I find the proper ones. And a shot of the interior, since I took the photo I moved the magnet for the radio back about 1.5 cm, I relized after looking at the picture that it was to far forward. The ledges on the sides (with magnets) are there to hold the gun crew once they get done. I also used magnets on the main gun and stubber so that they can be removed for transport and in the case of the stubber be removed when I don't feel like using it in-game.