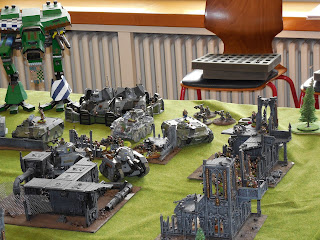 My esteemed colleagues, it is with my deepest regret that I inform you that the forces of Chaos have gained a foot hold on the planet Avenweddon.  The Imperial forces under command of the Wolf Lord CLASSIFIED were unable to hold back the forces of chaos as their reinforcements arrived in the city.  The Space Marine forces, though successful in holding two of the critical battlefield locations were unable to respond in time to keep the traitors from over running Fox Co. 313th, and the supporting PDF forces.


Although extremely successful in the opening phases of battle, the crushing numbers of reinforcements brought in turned the tide.  After Marshal Argos was wounded and evacuated from the field of battle, the coordinated attacks against the traitor force's began to fall apart. 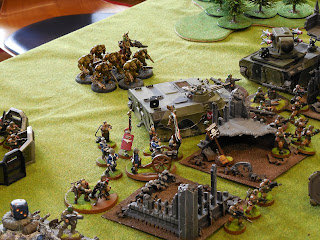 Following the detailed plans of Marshal Argos, we have assumed a cordon of defense trapping the traitors in the fallen city.  The artillery assigned to the 73rd Armored and PDF have assumed a 24/7 bombardment of the city, with support from the Legio Astramann.

A more detailed report, along with supporting documents will be forwarded for review as soon as Marshal Argos returns to duty.


Posted by Marshal Argos at 4:47 PM No comments:

7th Scansin Regiment of Foot, a History of 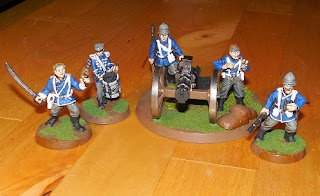 
664M38
Grounding of the 7th Scansin Regiment of Foot. Unusual for this grounding is the core of veterans who form the command structure. After initial training7th Scansin first saw action while deployed to New Praxis. Unfortunately the Regiment suffered 60% casualties, too include many of their Company Command Staff's, and took up a roll as a roving garrison force for the front Regiments.

667M38
Reassigned to the Vallivar Sub-System Ready Reserve.  The 7th Scansin was first brought back up to strength with reinforcements from Scansin. Over the next 14 months its companies were temporarily assigned to different planets as support for local PDF.  This enabled the Regiments leadership to gain valuable experience while giving the Regiment as a whole the chance to regain it combat strength.

668M38
Permanently reassigned to Battle Group 82, the 7th Scansin has just recently transited  in system and is preparing for the defense of Avenweddon, which is under assault by combined forces of chaos.
Posted by Marshal Argos at 10:35 PM 2 comments: 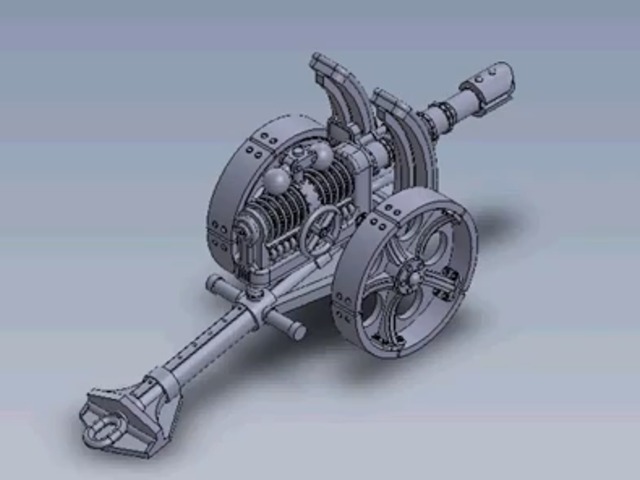 Not sure if any of you have seen this, but these look awesome! Col. Gravis from Curious Constructs has been posting about these for a while now, and  I've been watching with interest because I think they'll look great as my heavy weapons assigned to the 7th Scansin.

Now there is a Kickstarter for these at the following link : "28mm steampunk inspired heavy weapons" and I can tell you now that I have already ordered some, and am looking forward to seeing these in real life.
Posted by Marshal Argos at 1:34 PM No comments: