Well I had some time this morning while watching TV with the wife so I thought I'd throw this together. I already have one, but with the new rules I decided a Battery would be better, what's that saying I learned while in the Para's... "One equals none while two equals one". So before I bore you with me random thoughts... 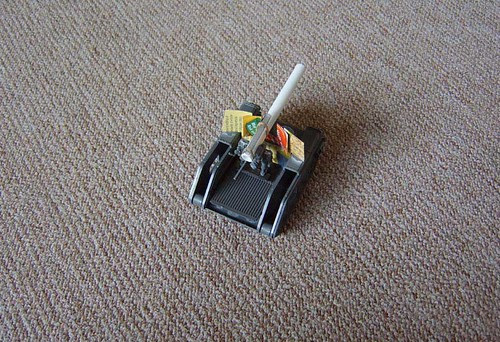 Just a quick view of the rear of the Earthshacker cannon. I know the cannon itself doesn't look great, but hey when all you got is bits, than bits it is. 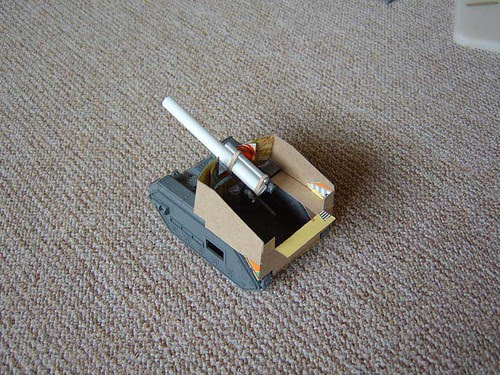 Rear view after adding the side and rear armor. 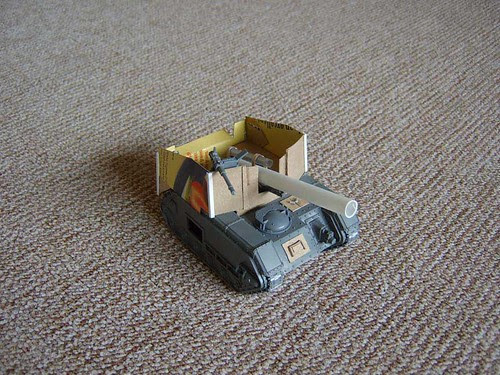 Like the SdKfz 124 "Wespe" that I took the ideas from I decided to add a Heavy Stubber to this one. It's mounted on the rear of the front gun shield with a magnet so that I can remove it because of two reasons... One is that I don't always want to use it in game, and the most important is that with the Stubber it doesn't fit in it's carrying case ;) 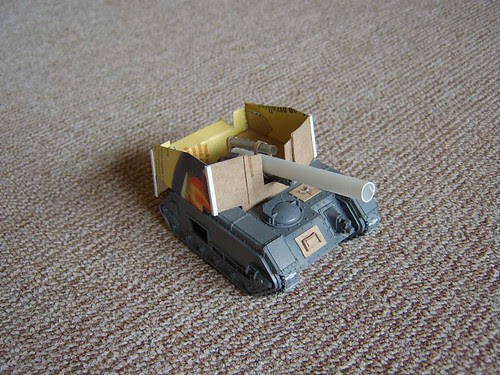 And the front without the Hvy Stubber. Well it's off to spending time with the wife today, so maybe I'll some time to work on it more over the weekend.

Posted by Marshal Argos at 1:57 PM No comments:

Warning: Long post with many words and lots of pictures.

I wanted to take a try and write a battle report written as a story, well that ain't gonna happen. I just don't have the time nor the imagination to put whats in my head to paper. So instead I'm going to just put up a series of photos and a basic diagram of the battle. It was my first "true" battle with the new 'dex, and against a new opponent, someone I'll just call "Agent C" visiting Germany for two weeks from Greece. I have to admit I had a great time playing and it was the first time in 3 long years that I played a game in ENGLISH!!! We played capture and control with a standard deployment. 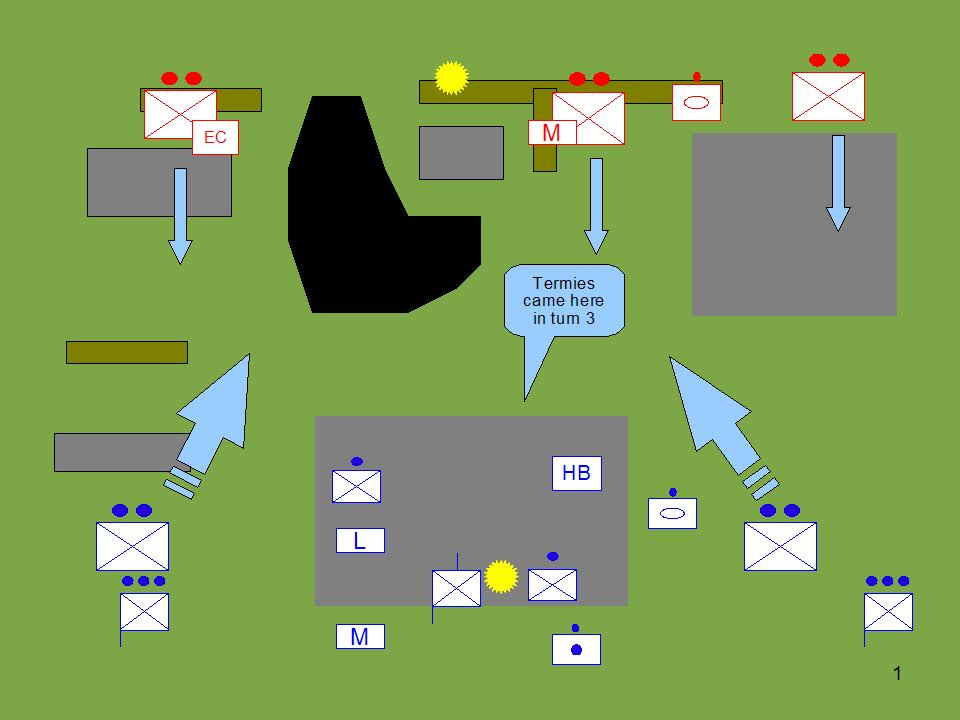 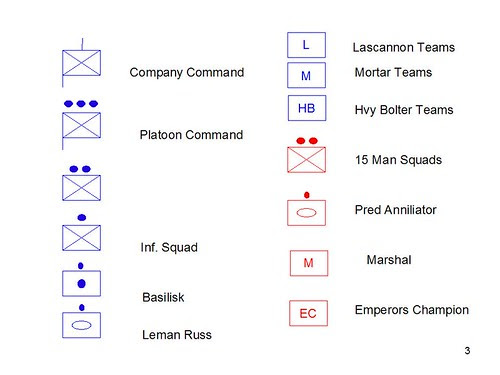 So to start off here's a basic picture after set up. My plan was to conduct a pincer like maneuver with 1st and 2nd Platoons. I joined 2 squads in each to give me 2o man squads, the 3rd squad from each would both stay behind to provide defense for the support teams and company command team, yet still be ready to move up if needed. The 2 gold stars were our objectives I had to not only defend mine but also capture his. I wasn't to worried about defending against his Initiates, it was the 10 man Termie Squad waiting in reserves that really got the heart going. Just prior to being assaulted... I used FRFSRF twice to try and take out as many SM's as possible, but as you can see from the picture it didn't help as much as I had wanted. At this point in the game he was still making all his saves. 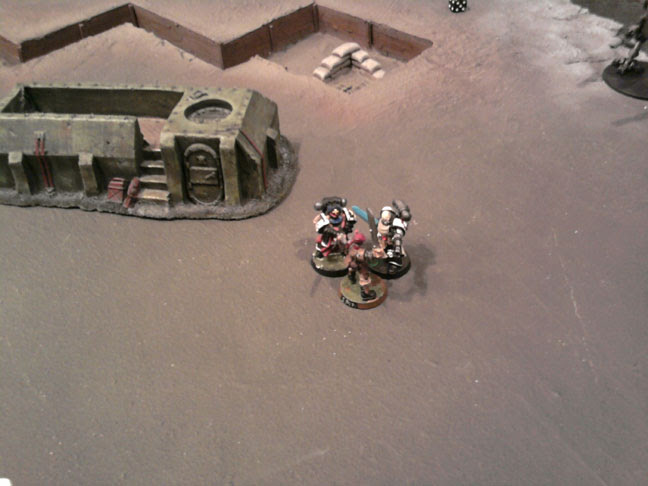 Here's what's left of a twenty man squad, and the Platoon HQ after 2 rounds of CC. The LT didn't last long by himself. 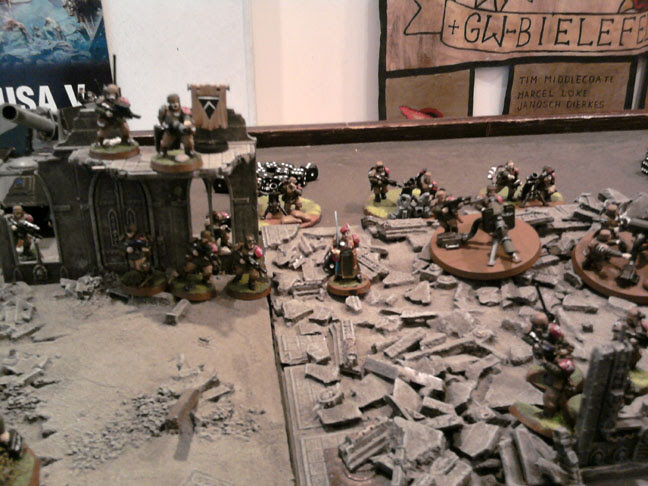 At the start of turn 2 his Termies DS'd right in front of the terrain containing my Support squads, 2 infantry Squads and my Company HQ. In the first turn they wiped out my HB squad. In the 3th turn, they targeted my Company HQ, only the commander himself survived. But the good news is that in my 4th turn shooting phase I wiped them out. "Agent C" just couldn't role enough 2's to save the entire squad, in fact I hit the last termie with 18 lasgun shots and he was still there, it was a SGT with a BP that finally killed him. I do believe decorations are due for him. 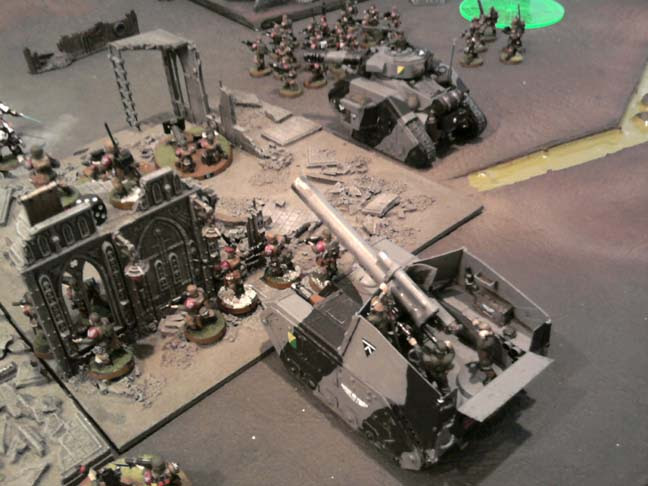 Yeah, just a shot of the Basilisk, because it's one of my favorite models. 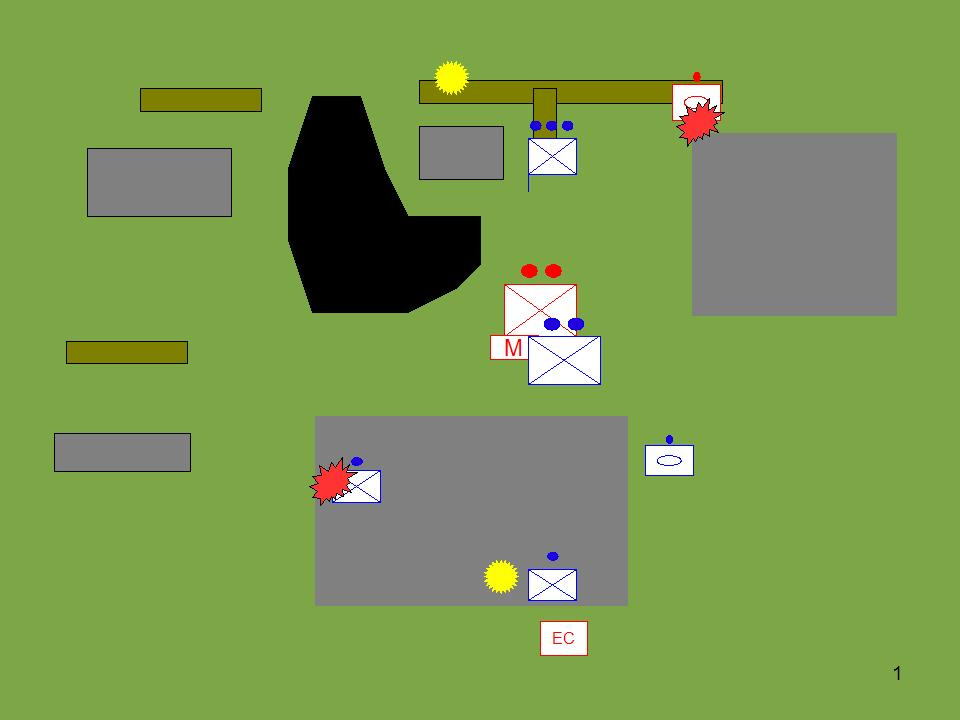 And at the end of the battle here's where we stood. My Plt HQ ran in the last two shooting phases to get 6 inches from his Objective, still to far away to claim it. On my side of the field though I still had a full squad sitting on my objective and "Agent C's" EC was 5" away. It may not be pretty but it was the first game and first win for the 313th with the new Codex.

Posted by Marshal Argos at 10:39 AM No comments:

There's only silence from the officers as Colonel Pallidar strolls up to the podium, they can see that whatever news he has it's not good. "Gentlemen, please take your seats" he says addressing the Company and Plt. Leaders. "What I have to say is not going to go over well so you had all better remember what you are. Drop Troopers! Highly motivated and well disciplined. Ready to take down any target the emperor gives us." Pausing he see's them all sit a little straighter, heads held high. Good he thinks, let them bask in the glory a little longer.

"As many of you have noticed our Valkyrie squadrons were loaded onto heavy cargo transports over the last few days. I know there's been a lot of rumors going around about us going up next, moving on to a new war zone, or going home." Laughter sweeps the room, as they all knew that returning was impossible. "Well I'm here to let you know we are not going anywhere. Especially returning to Fantoma, so you can go ahead and forget about that one." continues Col. Pallidar. "I've just returned from a conference with Marshal Straun, and we have in fact received new orders." Cheer's rise in the room, raising his hand, the Col. tries to quite the room. "Gentlemen, now begins the bad news. Someone in the Munitorum screwed the pooch, and transferred all of our Troop carriers to a bunch of green units in the neighboring system, without sending us replacements." The mumbling slowly begins to get louder. "What this means is that we will be fighting as Light Infantry with support from the 73rd until we receive new Valkyrie Squadrons and before you ask, No I do not know when that will happen..."

Coming soon: Photo update from the last game. 1500 pts against BT and the guard came out on top. 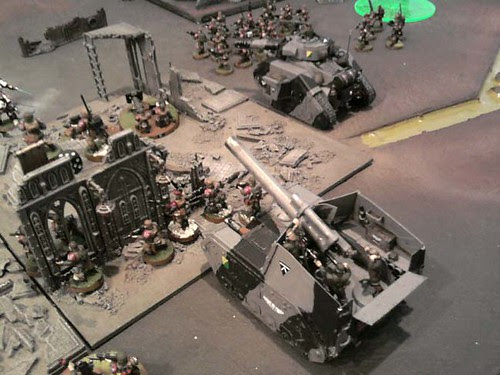 Yeah, yeah...  I was talking to a good friend last night and we got to discussing our teen years and what we did for fun.   One of my outlets at the time was painting 1/72 and 1/35 mini's.  The other was cruising with the CB, on a 3 mile loop on Hwy 100.    So enough personal stuff, it's been a few weeks since my last post and although I wish I could give some great reason for the absence it really just comes down to lack of interest.  Sure I kept reading everyone else's blog over the last few weeks, but I have't done a thing for my own army and if I'm not working on my army I don't really touch the blog.

Now of course seeing that today is the Official release of the new IG codex I can finally take mine out of it's "Top Secret Chipmunk" hiding place and start to use it in public.   So I'm off to the local to get in a few games today, or at least that's the plan until the wife finds out.

bis später!!
Posted by Marshal Argos at 10:15 AM No comments: